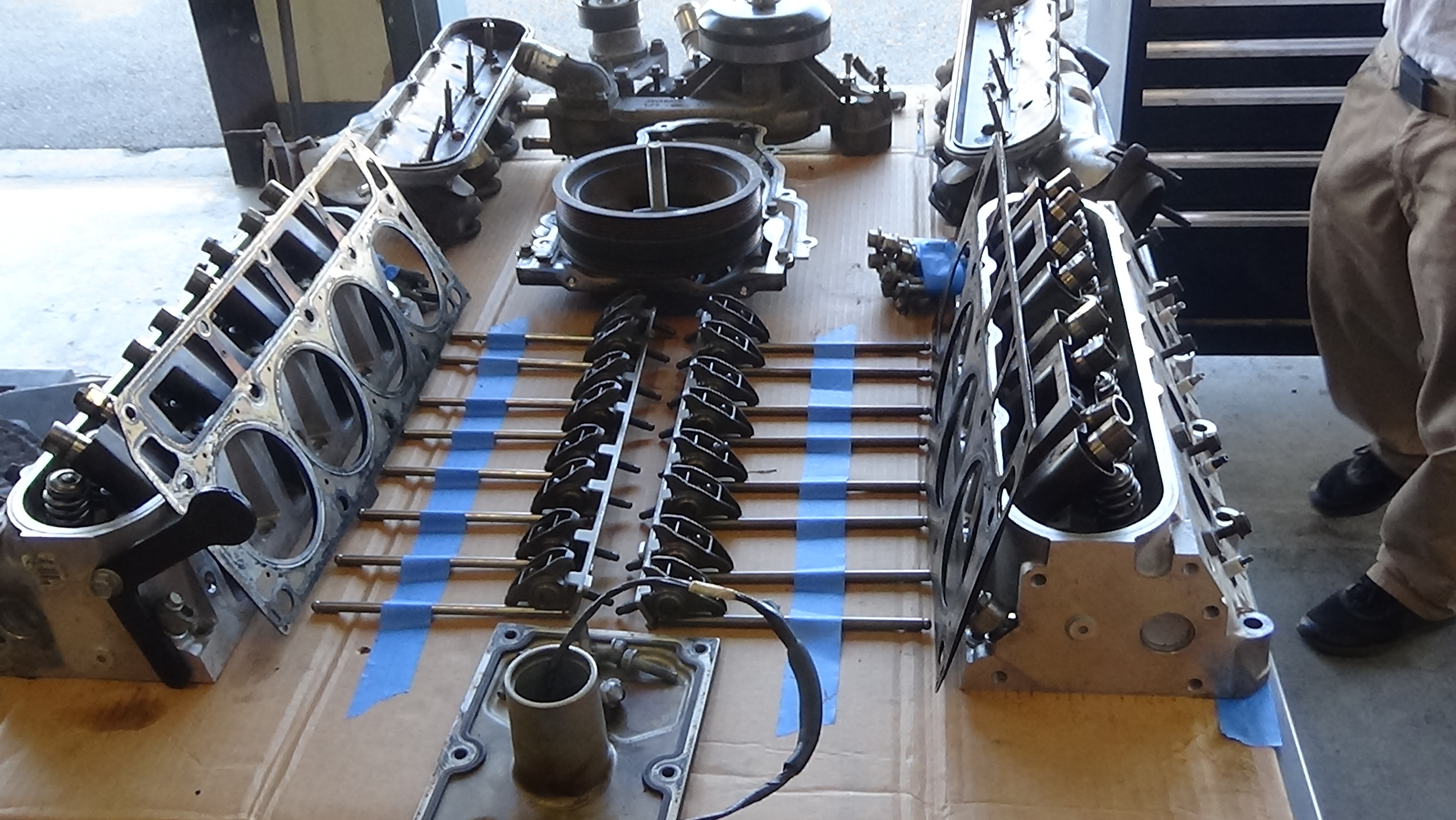 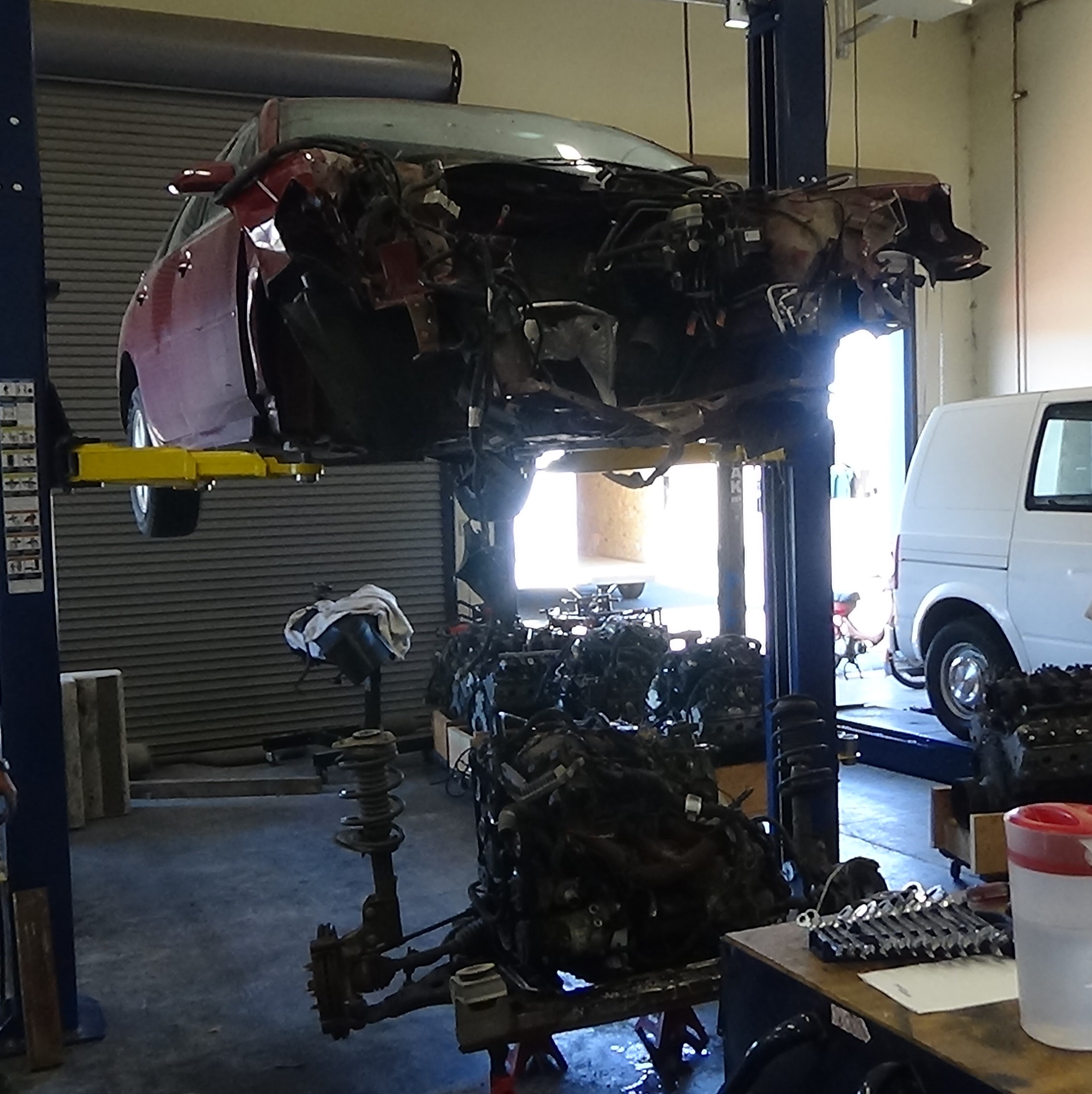 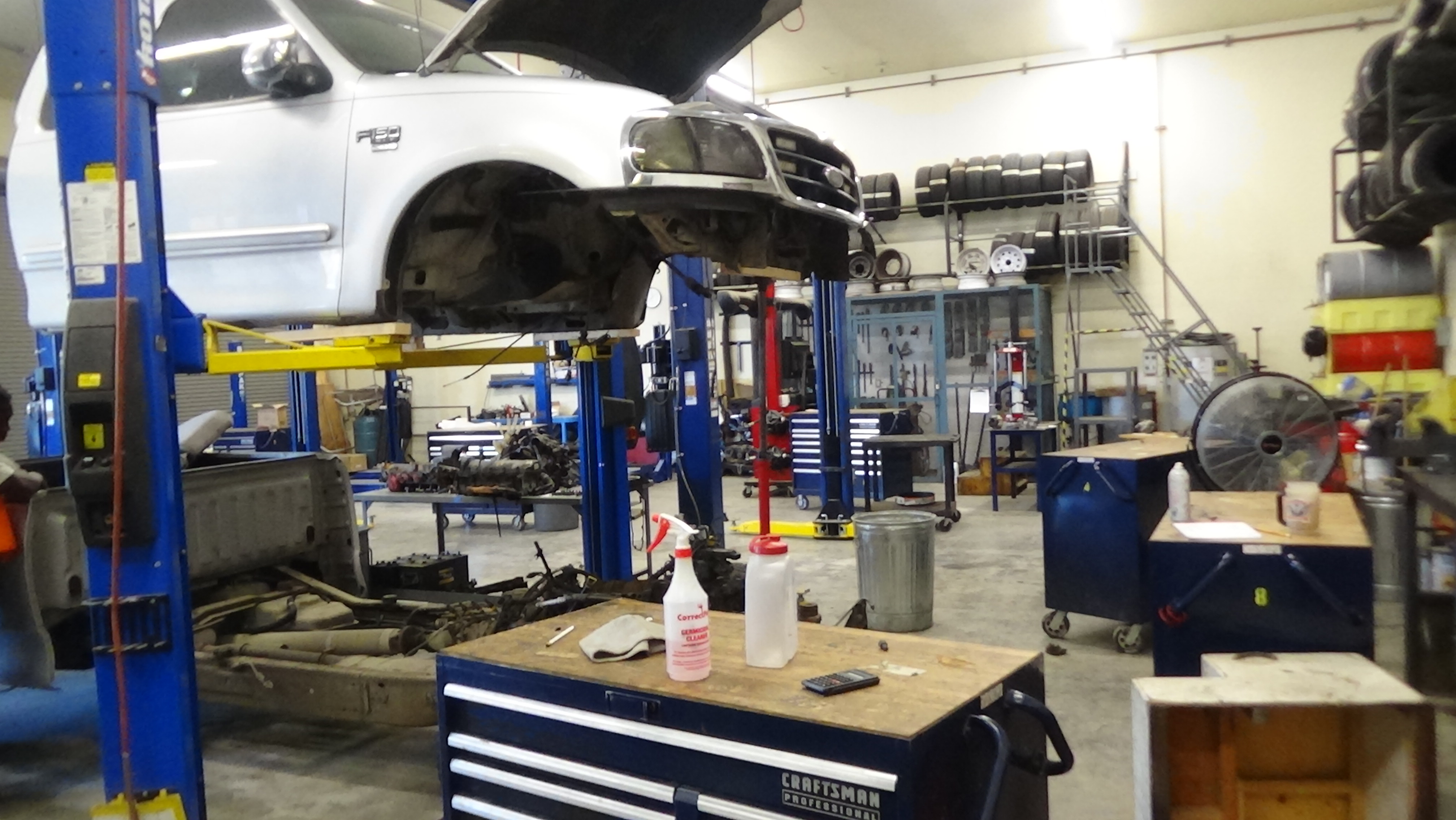 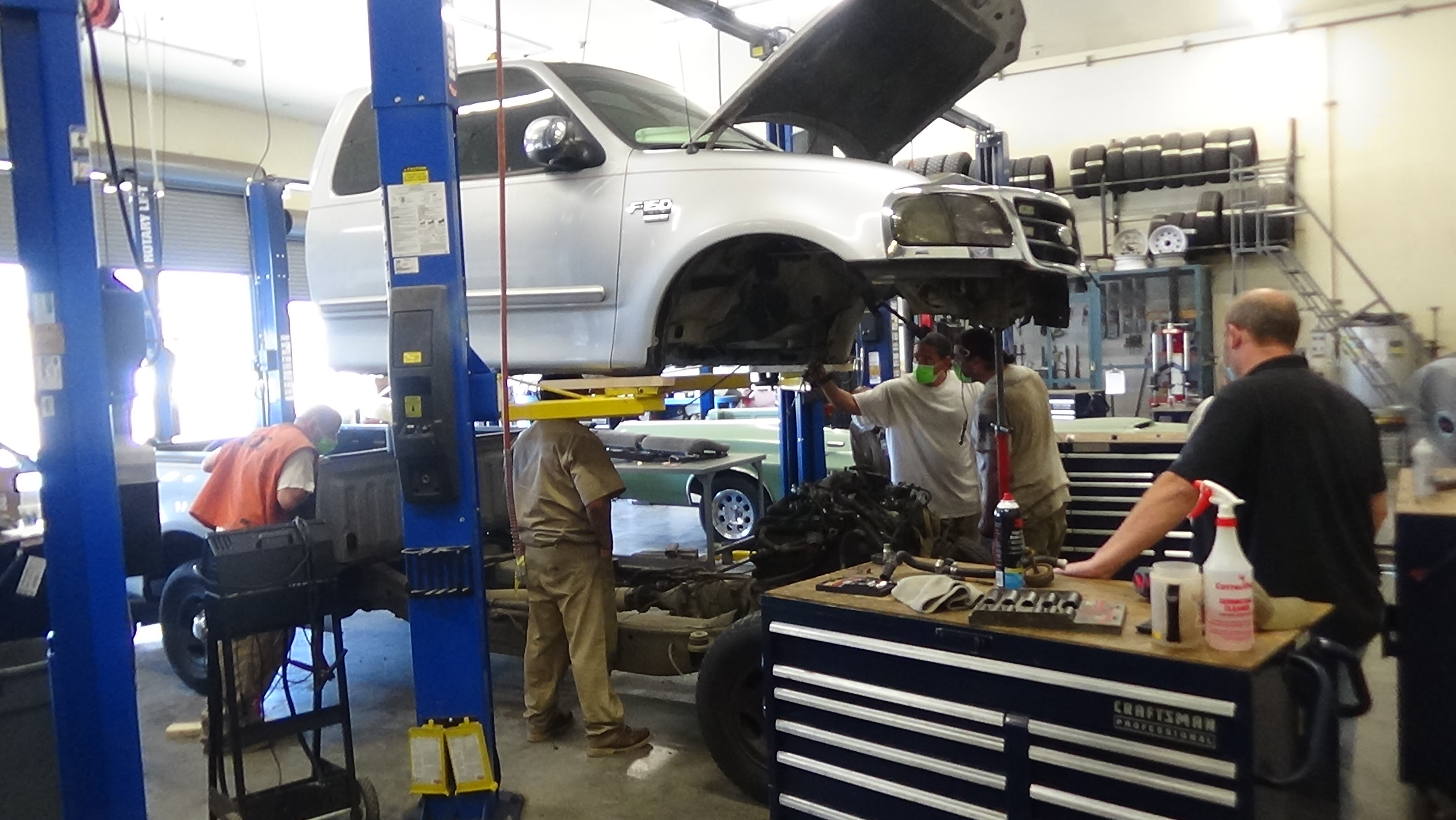 Photos were taken before the facility was on any outbreak status, students are currently on quarantine and have been provided all their bookwork to work on until they are able to return to the automotive shop when the Facility Wide Outbreak status is lifted.

A new Automotive Pre-Apprenticeship program at Coyote Ridge Corrections Center (CRCC) will now give incarcerated individuals the opportunity to learn automotive skills and earn professional credentials. This will allow them to earn competitive wages, find meaningful work and pursue lifelong learning in the automotive industry.

Although Coyote Ridge has had an automotive certificate class for around 12 years, the pre-apprenticeship track ensures acceptance into an apprenticeship following release from Coyote Ridge Corrections Center and allows an easier pathway into the skilled and certified workforce students hope to join once their coursework is complete.

“This is just like a one-year certificate from any college,” said Denise Kammers, dean of corrections education at WWCC at CCRC. “Just like you get an AA at a community college, these guys are taking three support classes in math, writing and communications, in addition to the automotive classes.”

This opportunity will allow students who complete a 1-year automotive certificate to earn 500 hours toward a nationally-recognized professional credential.

“Were making connections for when they release,” said Douglas LeClair II, automotive instructor CRCC. “The iTAC program is recognized by the Automotive Service Association Washington [ASA] and it represents shops throughout the state. At 2000 hours, you can make 80 percent of a master service technician, and after a year with our program, they’re coming out with 500 hours already.”

The Department of Corrections (DOC) currently funds all WWCC basic skills, certificate, and AAS programs at Coyote Ridge. The DOC believes in the benefit of investing in incarcerated individuals with pro-social programming to engage the incarcerated population and reduce recidivism, which is a relapse into criminal behavior after release.

In the state of Washington, people are released to their county of origin, said LeClair, so incarcerated at CRCC could end up all over the state once released. He added it was important that the program allowed a network of potential jobs to be wide-spread throughout the state and beyond.

“We represent Walla Walla and the Tri-Cities, but people are released to Spokane, Yakima and the West side,” LeClair said. “The benefit of this program is it allows us to make partnerships across the state and our goal is reentry and to put people in jobs to provide the opportunities for guys to go out and make a living wage.”

These programs provide incarcerated individuals with the skills and knowledge necessary to obtain fulltime employment upon release. More than 95 percent of people currently incarcerated across the state of Washington will be released and individuals with education are far less likely to reoffend and reenter the prison system.

In 2013, a RAND Corporation study, sponsored by the Bureau of Justice Statistics, showed an average 43 percent reduction in recidivism and 13 percent increase in employment for offenders participating in programs.

“There’s a huge need for technicians, its bigger than it’s ever been so these guys will be ahead of the game,” LeClair said. “It’s one more opportunity for reentry. Many people are immediately hired – One person I know was hired right on the spot. The goal is ultimately a new pathway adding to all their pathways.”

In addition to the automotive program, WWCC at CRCC also offers workforce certificates in Digital Design and Carpentry, and AAS degrees in HVAC and Welding. WWCC at CRCC is the first community and technical college in the state to offer a bachelor’s degree to incarcerated individuals.

This BAS in Business Management builds on existing educational programming which offers a Certificate in Entrepreneurship, an AAS of Business, and an AAS in Human and Social Services. The BAS is funded through the Federal Second Chance Pell program.

“In simple terms, it changes lives!” LeClair said. “The feedback of what we’ve gotten from former students is they are getting out and getting jobs, and really that’s how we measure success. Even if it’s not automotive – if its working on trailers or forklifts – it’s all in the transportation industry. People can get out and get employment. It reduces recidivism.”